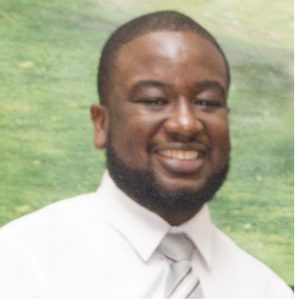 Michael is an assistant pastor and founding member of the Abundant Life Assembly. He is married

to Lois and is son of the late Rev. Michael Holford Sr and Gloria Holford, Michael accepted Jesus Christ as Lord and Saviour from the age of ten years. From an early age he was involved a ministry such as drama, music, youth and evangelism. Over the years he has held the posts of junior church teacher, sunday school teacher, youth leader, Assistant Youth Director and Youth Director.

Outside of ALA ministry he has been the leader of the award winning christian band KDB as well as National Youth Director of Youth For Christ Barbados District. Michael is currently the Director of the Vita Dei Foundation a local christian charity. Michael holds a Bachelor of Science degree in

Psychology and a Masters of Science Degree in Labour and Employment Relations from the University of the West Indies. 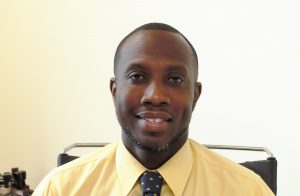 Kevin A. Hunte is a graduate of The St. Michael’s School who went onto The University of The West Indies and has graduated from Hugh Wooding Law School. He has been a practicing Attorney-at-Law since 1999.

After operating in private practice for a period of ten years both he and His wife Shelley now function as Attorneys within the Government of Barbados.

They have been married for 13 years at the writing of this bio and have a ten year old son Nathan, five year old daughter Natalyah and an eleventh month old baby girl named Noa.

He has been the Youth Pastor at Abundant Life Assembly for the past 10 years and the Pastor in Charge for the last two years. He currently also serves as the General Youth Director of the Pentecostal Assemblies of the West Indies. His dream is to see young people and persons in general in Barbados and the Caribbean become radically empowered by the Holy Spirit as they live for Christ and function in Society to bring about change through the Gospel of Jesus Christ.

His desire is to reach his full potential by allowing God to order his steps and to live an obedient life before God. He recognizes that part of his purpose is to assist his wife in developing her purpose and to be actively involved in the nurturing and development of their children.

His motto, borrowed from his wife’s now deceased grand mother is “You can’t put God first and come last.” His purpose in life is to challenge, lead and help people through counsel and intercession.